Rated U for strong underlying issues finally breaking the surface thanks to drugs. Awesome…not.

Looking back on it later, Claire thought she should have known trouble was coming. But in Morganville, anything could be trouble.

A new vampire has strolled into Morganville just as a gym has opened up and is welcoming humans to learn how to fight vampires and Shane Collins is among one of the first to sign up, not knowing that it’s really just a smoke-screen hiding what’s really going on and it’s causing a storm on the internet. Extreme fighting.

Shane’s new hobby is causing a dangerous rift between him and his friends and his girlfriend, Claire Danvers. While Morganville is handling its new extreme sport, trying to put a stop to it before a war breaks out between humans and vampires, nobody realizes what’s truly happening. That an old foe is on the loose and planning revenge, starting with Claire and those she loves.

The Morganville Vampires series is 1 of 3 that I am rereading as a part of my New Year’s Resolution. This is 10 of 15 books. 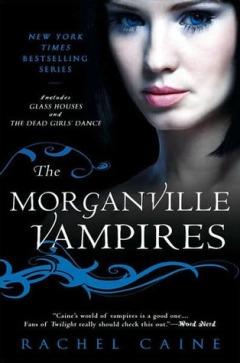 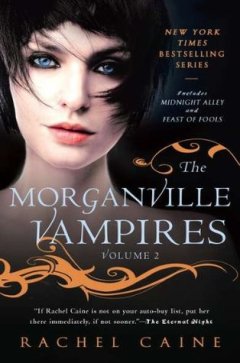 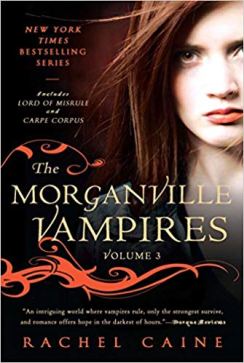 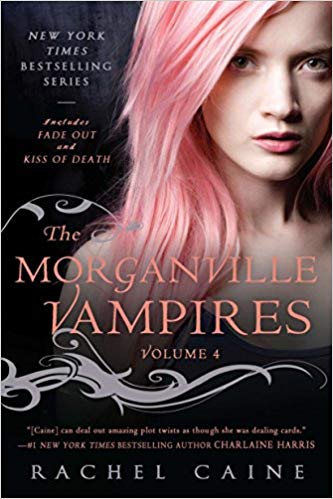 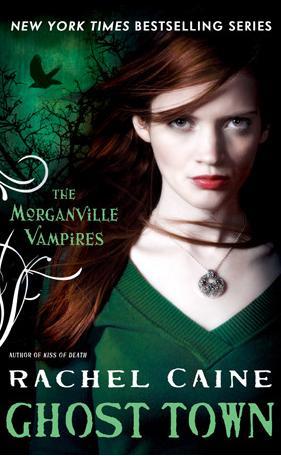 The Morganville Vampires Vol. 4: Fade Out & Kiss of Death

Having gotten a focus on Eve and Michael in previous books there was bound to be a focus on Shane. And here it is! Not only did it focus on him, but his POV was included too and that just made me all kinds of tingly. The in-depth look into Shane’s life and personal emotions and how his past still has a hold over him that’s so powerful is heartbreaking. He’s such a strong character and I love it so much.

Yet, he puts everything good he’s got a serious risk this time around. The whole time it had me on edge. He’s not the only that has relationships at stake. While Shane is the main dish in this MV installment, Claire gets some surprising news. All her life she’s wanted to attend MIT and she finally got the call! Queue that happy dance and loud, eardrum busting squeal. Buuuuut, then that means she leaves Morganville and with the friends she’s made and Shane, not to mention her complex job with Myrnin, that choice isn’t easy to make anymore.

The new vamp-bitch in town is seriously a vamp-BITCH. I was with Claire all the way, wanting to stake Gloriana myself. Manipulative and destructive. The way she crawled into her target’s heads was devious and completely different from previous foes the Glass House have encountered. While several foes have used their dastardly brilliance and others sheer brute force and agility while others are sneaky and sly, Gloriana used her wits and allure. It was yet another side to vampires that made humans and vampires weak-willed and easy to twisted like Play-Doh. It was really interesting because while glamouring is a trait I’m already familiar with in the world of vampires, it is more of a gift for a vampire than it being traditionally imbedded in them like super strength and speed is. But even those are unique gifts of amplification to acquire too for vampires of the MV-verse. A real doozy of a trait and can cause destruction on a whole other level; a real dirty trick that sadly Shane and the others got to experience and it ripped me up a bit.

From discovering a new piece of Morganville as it continues to change and develop and as if I’m a resident myself, to the character growth, I just love MV so much. Caine truly rounds out each aspect beautifully and sharply. There’s always something new and I’m never bored. The world is the same, but there’s always something challenging threatening it, and the Glass House, as usual, is at the center of it.

Still a great book in an epic book series. I have not a horrible thing to say. This one got me revved up and messed with my emotions pretty hard. Typically, it’s a “Oh crap, are we dying today?” but this one was different. It worked me over good. Still entertaining and gripping and fun. Read this! I’m on my fourth round with this series. It’s not your average vampire drama. Not at all.

“You used to be scared of them, but the more you’re around him, the more you think the vamps can be your friends. They aren’t. they can’t be. They’re rancher. We’re cattle.” (Shane to Claire, p. 105)