Rated E for emotional overdrive that sends not only characters into a frenzy but readers too.

Because behind every evil fae Prince, there’s a Queen…

After torture and dread, Ivy Morgan is finally safe…for the time being. She and Ren have escaped the deadly clutches of fae Prince, Drake, as well as the Order, by hiding in plain sight with the Summer Fae who’ve become unexpected allies. Nobody even knew they were alive. Taking the time to regroup, Ivy is feeling less and less like herself. Something dark and hungry is growing within. Her fae half.

As she struggles to figure out how to handle it, she and others need to make a plan to get rid of Drake once and for all. But when Ren makes a choice he has no right making for Ivy, the results have lasting, painful consequences that could pull them apart.

When unexpected reveals are made, everyone must come together to defeat it, even if it means some of them may not make it out alive. Betrayals are made. Friends are lost. The future is changed forever.

And a queen rises ready to take over the world. Ivy will do whatever it takes to knock her from her would-be throne in New Orleans and save those she loves.

The Wicked trilogy is one of the series on my New Year’s resolution and this is book 3 of 3. 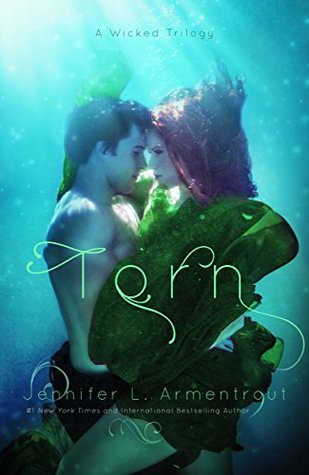 If you haven’t figured it out yet, I’m a huge fan of J. L. A. She is a fantastic storyteller and right up my alley. With the pop cultural references, strong emotions, and fast and powerful storytelling that really keeps the reader on the edge of their seat. This is an author that writes for enjoyment and for readers to enjoy, not to analyze and study in how it relates to the world. Just love and enjoy a good story.

That is exactly the case here. The third and final book of this series was so fantastic I wish I could get out all of the words just right, but as usual, I’m such a jumble of sounds because I loved it so much. Ivy and Ren really encompassed a relationship and rose to my top five favorites. They’re a perfect example that relationships take work. Sometimes you’re going to fight and disagree, but you don’t just give up. You pull through it. You work together. I freaking love them. They’ve got the goals, both sexually and intimately. I can’t be the only one who’s read these books and thought: Damn, wish my sex life was this good. LOL.

The struggles that both Ivy and Ren had separately was great and powerful. Not great because it sucked they were struggling. But the detail and length to show it was. It was so real and getting that from the way they feel and think and how they speak. J. L. A. nailed it. I’ve said it in the last two reviews. I can’t say it enough. She has a way of bringing raw and relatable emotions and it’s among one of my favorite things. It really hooked me.

An unexpected alliance is made with the Summer Fae. The lore of the Summer Fae and Winter has always been intriguing to me. Summer have always been described with warmth and youth while the Winter are cold and torturous. It’s no different here. I really enjoyed how J. L. A. gave life to both sides of the fae. It’s remarkable and so natural. And the depictions between the two are splendid.

The end of this trilogy was rather quick and precise. It wasn’t that it was rushed. It was just done in a sense that the trilogy actually feels unfinished like it can be added to later down the line. For now, Ivy and Ren can rest in a sense. I really enjoyed that. The fight isn’t over and the series could pick up later, but for now, it’s done and I’m pretty dang satisfied. Well, that’s a lie. I’m satisfied with the ending and that it all came around so well, but I WANT MORE! LOL. I know I know. I’m greedy.

To the point, I LOVE this trilogy. Really fantastic and I can’t believe it’s not more popular. Beautiful and intense and quite a bit of action (take that how you want). It’s my sole belief that J. L. A. is completely underrated and deserves more attention because she is bomb! I really can’t wait to come back to this trilogy one day and I stand by my past remark that it needs to be made into a series on HBO.

Keep a look out for the overall summary of the trilogy!

“You’d think the extra fae-ness would’ve given me a nice heart-shaped bottom of something. That I wouldn’t have complained about.” (Ivy, p. 118)