In honor of International Women’s Day, I bring you the Feminism Book Tag!!!

I snagged this from Novel Darlings book blog. It was too grand not to take part in.

There are MANY women authors I read from and love, and as the indecisive little shit I am, it comes down to two women who I really enjoy reading from and that’d be Rachel Caine (The Morganville Vampires and The Great Library) & Kresley Cole (The Arcana Chronicles). Fantastic ladies and superb, epic, mind-blowing authors. I’m always recommending their YA.

Buffy Summers has always been an inspiring heroine for me. Many argue that she isn’t a feminist icon, but to me, personally, she’s a hero.

Then again, if you are asking for a legit superhero, I’m going with (and this is thinking quick) Raven of the Titans. It takes a lot of strength to fight what your evil shitbrain of a father wants you to do AKA the apocalypse of hell and even more strength to protect those you care about from the darkest parts oof yourself.

3. A novel with a feminist message.

Here’s where the message could be tricky and even argued by many. How can love and a game be a feminist message, right? Here you have the main female character getting played over and over in a game and betrayed multiple times. How is that any kind of message!?

The message to me: Take risks, especially with your heart. Be brave because in a world that’s always changing, and in many cases, is pitted against you, you must find a way to play it your way. Let yourself fall in love rather than settle for what’s safe. There’s nothing wrong or weak with wanting to be in love. Fight for what you want. Be trusting and know it doesn’t mean your naïve. It just means you are kind, strong, and willing to give your everything, because that is rare.

Children of Blood and Bone

The cover is gorgeous, depicting the magical, Zelie. The story, too, is incredible and magical, and I can’t wait to continue reading the series with the sequel: Children of Virtue and Vengeance.

5. A novel featuring a group of girls.

Daughters of the Moon 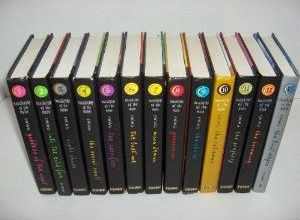 It is about the only one I can think of right about now. A group of girls in high school are graced with being moon goddesses and are tasked, as have girls before them, to protect and save the world. Pretty awesome and mystical, though of course they have the typical teenage hormones to deal with too.

6. A novel with a queer feminine character.

That’s Not What Happened

While this book centers around surviving tragedy, it’s no stranger to queer characters. Eden, though she isn’t a main character, is a great character. Though struggling in her own way, Keplinger doesn’t shy away from showing how she isn’t special because of her sexuality. She is loved and goes through pain just the same as everyone. She is a part of the world and not as some token.

7. A novel with different feminine POV.

This one is complicated because I can’t tell if it means, alternating female POVs or just a book that had a female POV that rocked you. I’ll be going with the latter.

The Rules of Magic

Jet, Franny, and Vincent. Each sibling got their POV spotlight, but the sisters were truly amazing. Franny especially. I was rocked by her story and the way it was told. Utterly breathtaking.

8. A book where a girl saves the world.

Kat, though dragged into it accidentally, becomes a heroine unexpected. Granted, she’s not alone, but she does take up the calling after being turned into a hybrid of sorts by LUX, Daemon, her next-door neighbor and alien, and helps to protect world from a mass invasion from the aliens. Crazy? Not at all. Her world is flipped upside down, but she’ll do whatever it takes to protect it.

9. A book where you prefer the female sidekick to the male main character.

Hermione Granger is the one you think I’m going to choose, isn’t it?

Alas, Luna Lovegood has always been my champion in this series. The quirky little Ravenclaw has always been nothing but her strange self, embracing the weird, and open to everything, but never allowed anyone make her feel unimportant or inferior. Her weirdness has kept me tough.

10. A book written by a male author and featuring a female character.

Ocean at the End of the Lane

Lettie Hempstock was remarkable! So fun and filled with adventure, and there to sacrifice herself for her friend, the main character of the book. Intelligent and remarkable, she made this book for me. Her and her curious ocean.

Anyone and everyone can and should do this book tag. I really enjoyed it!

Thoughts? Let’s talk about them in the comments below!