Night of the Hidden Fang 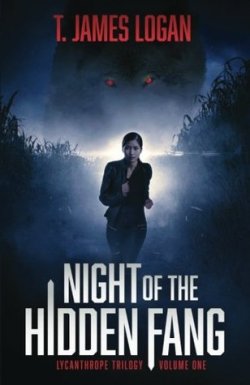 One teenage girl. One oncoming apocalypse.

Mia doesn’t get close to people, not when she and her family move around so much for her father’s job. But, when one of her friends, Nate, turns up grisly murdered, she vows to figure out what really happened to him.

Three boys, each thirteen and extremely naked pop up from the bushed of her house not long after and she can’t help wondering if they’re connected to her friend’s death. More so, she has an urge to take care of them, protect them. Being tossed in the middle of an oncoming war, Mia must protect her family without being served up on a dinner plate to some feral beast.

What she doesn’t know? She may be the key to saving the human race…

Soooooo, I totally thought there’d be ninjas somewhere in here. Alas, there was not. LOL. There were werewolves though! Still a big plus in my book. But, no ninjas. Nope. So, I’ve got some here:

Mia is a spunky character. Quick and sarcastic and takes no BS, though very guarded. But, when you move around as much as her, it’s understandable. You get afraid of getting close to people. But, she is tough, too, which I love in a female character. I really liked that she was culturally diverse with her heritages as well. Though, I will say it felt a little forced from time to time, I really liked seeing how she noticed the differences in Japanese culture.

NATE! *sobs* A character I fell in love with so quickly and lost just as fast. Goofy and very Star Wars centric, I wish there would’ve been more for him! I mean that in that his time was too short, but also that I didn’t get enough of his character. I wish there’d been flashbacks or something to express how special he was. The impact of losing him wasn’t very strong because of that, but I really wanted it to be.

The unique inclusion of werewolves was interesting. It wasn’t typical since it came across as a disease that could contracted. There are many lores on weres so it’s good to see a fresh take.

The book is quite wordy. It surprised me. And then there are times that it’s straight to the point, using the words we all know and can relate to. Because, when something sucks, it just sucks and there’s no better way to say than that and Mia says it perfectly when she encounters problem after problem that leaves her life altered forever.

There were times where I got lost in the action because I couldn’t read the emotions of the characters very well. It was just super tricky to track the characters from time to time. I just wished I could’ve gauged them more so that I could get totally immersed.

I also wish there was more on Sho, Mia’s brother. There are many mentions of him and the vagueness of what happened with him and how it affected everyone, but I felt unsatisfied. Here’s to hoping there’s more in the next book!

This book surprised by taking a classic lore and putting a scientific spin on it—werewolves are a disease. I liked that the setting took place in a unique place. It was just a small town in Nebraska, which really gave me a whole new world to imagine, especially since I’ve never been to Nebraska before. This was a book I enjoyed, though I did have a few hang-ups. Witty and gritty and a good one-two. A good, quick read.

“Desperate speed poured out of him. It was the first and the last time he ever ran for his life.” (Nate, p. 32)

“Some holes are so big, people can fall into them and never get out again.” (Mia to Sarah, p. 78)