Hello, my lovely and beautiful bookworms.

Not long ago I posted a book list for those readers out who may be craving the bad girl. Now I present to you a book list for those of you craving a bad boy. Let’s’ be honest. Every once in a while…okay a lot. We enjoy our dangerous and daring and rebellious and seducing bad boy, not because they’d hurt us, but because they’d reach out to our deepest desires to reach out of our comfort zone and tap into the wild parts of us. And every once in a while we wish we were just as bold. Maybe it’s just a fantasy, but fantasies are a beautiful thing and we need them from time to time get the hell out of our lives.

Below I present a list and you may know a few of these already, but nonetheless I have books that present all kinds of bad boys. Some are supernatural and some are just down right dirty. While others touch on that sweet part in our hearts.

Some of these have already been reviewed here, on my blog. So take a peek. 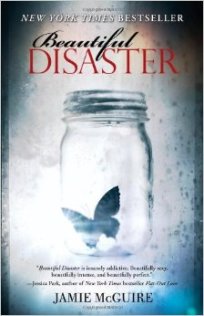 Travis Maddox, world renowned ass-kicker. Okay, not world renowned, but renowned in the small college town of Eakins, Illinois. Known for his fights and one night stands, he doesn’t do relationships or any kind of attachment. At one of his fights, he sees Abby Abernathy and she’s not like the usual girl. Though she wears the good girl cardigans, there’s something about her that isn’t goody two shoes at all. Determined to know her, they make a bet he knows he’ll win: if she loses she stays with him in his apartment for a month and if he loses he doesn’t get to have sex for a month. This new friendship is put to the limits when it extends to something more that neither of them were expecting.

Reed Royal gets what he wants when he wants and rules don’t mean jack, but when his dad brings home a girl, Ella Harper, he’s stricken with odd feelings. It’s bad enough his dad is dating the gold-digger, Brooke, but now this? He isn’t sure if he likes Ella or hates her. Either way, his guard is up and he’ll be damned if it comes down. Like Brooke, he’s sure she’s here for Royal money. According to Dad, she’s here because of a promise. Whatever the case, Reed’ll do just about anything to see her gone, regardless of her being just as stubborn, sarcastic and feisty as him. That is, until she leaves and then he’ll do whatever it takes to get her back.

The Picture of Dorian Grey 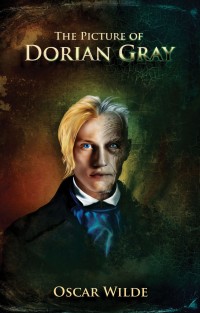 Young and narcissistic Dorian Gray is young forever thanks to a special painting of him. All of his years go into it and as long as he never looks at it he’ll be young forever. A heartbreaker to no end, he cares not for others’ lives, even those he drives to kill themselves. Guilt follows him everywhere though and he isn’t sure if he can escape it or the painting.

Two brothers, vampires, fall in love with the same girl. Elena Gilbert, who looks strikingly similar to Katherine, their maker and the first woman they both fell in love with long ago when they were human. Stefan Salvatore, the sweet and caring brother, can’t stay away from Elena and needs to know her. Damon Salvatore, the eldest brother, is bent on revenge and won’t let the look-alike stand in his way of that…until he falls in love with her too. Could she redeem his dark years of bloodshed and hatred?

Christian Grey, CEO, rich, handsome and secretive. Anastasia Steel walks in to do an interview of him and his walls begin to crumble right then. He invites her into his world, reluctantly, of BDSM, a way he’s learned to deal with his past. While Anastasia is curious and wants to be with him, she’s unsure how far she can go. Christian doesn’t mind guiding her. In fact, he thrives on breaking her. Then suddenly he begins to worry for the first time in his life that he could lose her. Can he change? Can he come to terms with his past for Ana?

A Walk to Remember

Enter, Landon Carter. Bad boy of the town, he never expected to fall in love with Jamie Sullivan, the town’s minister. They’re thrown together through a thread of events. She gets to him in a way that nobody else has. She expects great things out of him when everybody else sees him as a delinquent. After meeting her, life will never be the same and will guide him to decisions he never imagined before her. 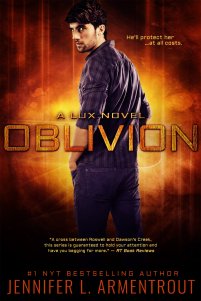 In LUX: Obsidian we saw through Katy’s POV how it was to be around the sarcastic, annoying and dangerous Daemon Black, a Luxen. An alien. In Oblivion, discover the world from the day Katy moved into the house next door from Daemon’s POV and delve deeper into what makes him tick, which just happens to be her. He can’t help but get under her skin just as she does to him.

Vivian is young, wild and for the most part free, especially in her wolf skin under the sweet moon. Gabriel sees this and she knows he does. It disgusts her with the way he saunters about, acting like he’s the alpha when in fact he isn’t. Staring down badass bikers and any wolf that crosses his path, he likes it best when she’s around. There hasn’t been an alpha in a long time, since her father. When the time comes to choose one, can she stand behind someone so dangerous or will she stay with her safe, human, boyfriend who may be even more dangerous than him?

A forbidden love. Nora Grey doesn’t go looking for it. Never has. Then comes Patch and something about him is off. After terrifying encounters and him knowing more about her than anyone, she isn’t so sure she wants to be around him anymore, no matter how drawn to him she is, especially after she discovers what he really is. A fallen angel. And though he’s in love with her, he’s there to kill her. Again, forbidden love. She didn’t go looking for it. Complicated and dangerous, it ran right smack into her.